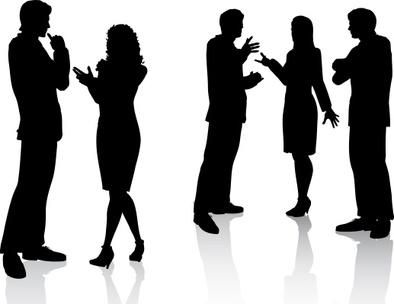 Everyone in the world can not talk except for humans. Parrots talk, but they don’t use real words to carry out messages to one another using sentences.

In cartoons, it’s fun to hear the animals talk or any other thing that talks as well, but sometimes when they talk, they seem human.

I think that because we talk, we are able to change the world with ideas for the future using verbal communication. Animals in real life can not use verbal communication, instead they use their instincts to direct them through the ways of life. Honey bees have been busy for a long long time, and over a thousand years they still make their honey.

Let me tell you something over PG-13, when animals mate, they either reject by walking away, or they let the males produce. Humans mate when we ask for it, but instead of rejection like the animals, the females give the males a huge slap in the face when she doesn’t want it. Well maybe not a big slap, but something hurtful like that.

We are able to not only speak verbally, but we are also the only ones that can make signs while communicating. For example in writing, typing, and sign language. I remember when I was in 2nd grade, I remember seeing this amazing gorilla named Koko. She was able to communicate with humans using sign language. Not only that she has amazing skills with sign language, but she has amazing character too. She loved a kitten she called All Ball, imagine a giant gorilla getting along with tiny helpless kitten. Pretty amazing I think. But Koko is like everyone else in the animal kingdom, she is a gorilla, so she can not speak verbally using speech.

I think that like when it comes to the animal kingdom, they have the gift of not telling lies to one another. Humans have the ability to not tell the truth, and it makes a bad impact to us humans. I believe that the animals don’t have to use any words to make themselves happy, but with verbal communications on humans, it has an impact on us.

Then there is the pets, where people tell the dog to “sit” and then they sit. When I was 14, I found that very odd because we can’t speak dog, but certain dogs understand certain and simple commands. Even Koko understands the human sign language, and all I know so far is the sign language for “hi”.

When I was 15, I had dreams about the whole world and that includes the humans not having the ability to talk to one another. It would be a very different experience if we never talk to one another… oh wait, we kinda do know what it’s like. It’s called TEXTING. Haha! Not saying texting’s bad, I text sometimes, but personally I don’t text when I’m in the public, Mom told me so.

Back to the world without speech, we would not hear one another, or tell jokes, or share ideas quickly. We would share ideas because say that someone makes a quilt. Another person would see that quilt and think that it’s very beautiful. Then maybe that person would want to make that quilt by mirror the quilt maker’s quilting skills.

But the most important part about talking to one another, or just even by one’s self is that we make strong connections with one another and even to ourselves. Because when we talk to one another, it truly gives out an impact to one another, good or bad. They say that words are words, but hey, I’m just glad I’m a human, and by saying that, I mean that words do affect me, both a positive way and a negative way.

Because I can tell ya, to the animals, their rule is “words are words”. You can say that tigers are stupid and they are ugly looking cats, but the tigers just walk along minding their own businesses in the zoo or in the wild.

Everyone in the world can not talk except for humans.